Mestre Bimba (Manoel dos Reis Machado) was born in Salvador in the year 1899 but was not officially registered until 1900, resulting in some confusion surrounding his date of birth.

The son of Luiz Cândido Machado and Maria Martinha do Bonfim, Manoel was born at the Bairro do Engenho Velho, Salvador. The nickname “Bimba” came up due to a bet between his mother and the midwife during his birth; his mother bet that he was going to be a girl and the midwife bet he would be a boy. After he was delivered, the midwife said… it’s a boy, look at his Bimba’ (male sexual organ).

He started learning capoeira when he was 12 years old, with a Capitão da Companhia Baiana de Navegação (Navigation Captain) from Estrada das Boiadas (present day Bairro da Liberdade) in Salvador, called Bentinho, even though in those days capoeira was still being persecuted by the authorities. He would later be known as one of the legendary founding fathers of the Capoeira Regional, the other being Vicente Ferreira Pastinha (“Mestre Pastinha”), the father of modern Capoeira Angola.

At 18, Bimba felt that capoeira had lost all its efficacy as a martial art and an instrument of resistance, becoming a folkloric activity reduced to nine movements. It was then that Bimba started to restore movements from the old capoeira (later became known as Capoeira Angola), added movements from an extinct African fighting style called Batuque – a type of martial art that he learned from his father (of which his father was a champion), as well as introducing movements created by himself. Bimba was the 1st to create a method of teaching to help facilitate learning because until then, capoeira was only learned by watching and participating in the roda. This was the beginning of the development of capoeira regional.

In 1928, a new chapter in the history of capoeira began, as well as a change in the way black people (of African descent, brought to Brazil as slaves) were looked upon by the Brazilian society. After a performance at the palace of Bahia’s Governor, Juracy Magalhães, Bimba was finally successful in convincing the authorities of the cultural value of capoeira, thus in the 1930s ending its official ban, in effect since 1890.

Mestre Bimba founded the first capoeira school in 1932, the Academia-escola de Cultura Regional, at the Engenho de Brotas in Salvador, Bahia. Previously, capoeira was only practiced and played on the streets. However, capoeira was still heavily discriminated against by upper-class Brazilian society. In order to change the pejorative reputation of capoeira and its practitioners as devious, stealthy and malicious, Bimba set new standards to the art.

His students had to wear a clean, white uniform, show proof of grade proficiency from school, exercise discipline, show good posture and many other standards. As a result, doctors, lawyers, politicians, upper-middle-class people, and women (until then excluded) started to join his school, providing Bimba with legitimacy and support.

In 1936, Bimba challenged fighters of any martial art style to test his regional style. He had four matches, fighting against Vítor Benedito Lopes, José Custódio dos Santos (“Zé I”) and Américo Ciência. Bimba won all matches.

On June 9, 1937, he earned the state board of education certificate and officially registered the 1st Capoeira center.

In 1942, Mestre Bimba opened his second school at the Terreiro de Jesus on Rua das Laranjeiras. The school is still open today and was supervised by his former student, “Vermelho” until the early 1980s. The school then came under the brief supervision of Mestre Almiro, before being transferred to Mestre Bamba; the man who leads the school today. He also taught capoeira to the army and at the police academy. He was then considered “the father of modern capoeira”.

July 23, 1953 he was invited to demonstrate capoeira to the then president of Brazil, Getúlio Dorneles Vargas. Vargas says, “Capoeira is the only sport which was truly Brazilian.”

Unhappy with false promises and lack of support from local authorities in Bahia, he moved to Goiânia in 1973 at the invitation of a former student. He died a year later, on February 5, 1974 at the Hospital das Clínicas de Goiânia, due to a stroke.

Bimba managed to recover the original values within capoeira,which were used amongst the black slaves centuries before him. For Bimba, capoeira was a fight but “competition” should be permanently avoided since he believed it was a “cooperation” fight, where the stronger player was always responsible for the weaker player and helped him to excel in his own fighting techniques.

Mestre Bimba fought all his life for what he strongly believed was best for capoeira and succeeded. After he died in 1974 one of his sons, “Nenel” (Manoel Nascimento Machado), at 14, took over his father’s capoeira legacy. Nenel is still responsible for the remarkable cultural and historical legacy his father left him and is president of Filhos de Bimba School of Capoeira. 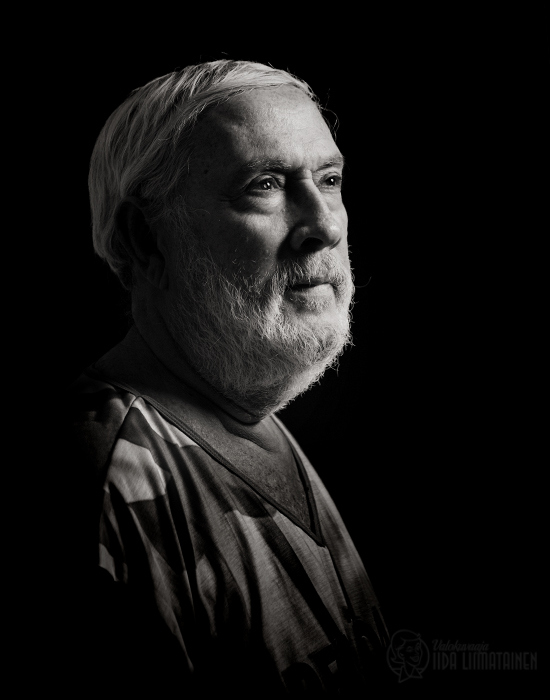 This article appeared in the newspaper A Tarde on March 16, 1936. It was reprinted in Mestre Damião’s article “The True History of the Creation of Bimba’s Luta Regional Bahiana.” Translation into English by Shayna McHugh.

“Capoeira,” an exotic but interesting sport – rather old-fashioned, yet shrewd and clever, with feline blows – is being practiced with general interest lately in Bahia. Until recently, the curious spectacle was not so sought-out. However, “capoeira” is now being appreciated with enthusiasm, taking part in sporting festivals.
While reporting on one of these exhibitions days ago, we asked the sport’s champion, the most well-known of the practitioners, to give an explanation to the public, because many people understand nothing of the secrets of this unique art of attack and defense.
Answering our call, Mestre Bimba (his name is Manoel dos Reis Machado) was in our offices yesterday. He came to give us the requested explanations, which are, without a doubt, very interesting.
He told us: “I’ve been teaching capoeiragem for eighteen years. I adapted various blows from what is called capoeira de Angola, the style practiced by my mestre, the African Bentinho. The blows of the Angola game are these: meia lua de frente, meia lua de compasso (rabo de arraia), meia lua armada, aú to the right and to the left, cabeçada, chibata, rasteira, raspa, tesoura fechada, balão, leque, calcanheira, encruzilhada, and deslocamento.”
“From these blows,” continued Mestre Bimba, “I removed two: encruzilhada and deslocamento. And I added the following: vingativa, banda traçada, balão em pé, balão arqueado, balão ‘colar’ de força, cintura desprezada, cintura de rins, gravata cinturada, tesoura aberta, benção, salta pescoço, sopapo, galopante, godeme, cotovelo, and dentinho.”
“In order to avoid deceptions and misinterpretations, and in the aim of making the capoeira encounters more interesting and more violent, all the strikes of capoeiragem will enter into play. The adversaries will be able to use whatever blows they know. Thus, I launch a challenge to everyone who practices or knows capoeiragem, as well as any other fighter (jiu-jitsu etc) – whatever they want. I will face them with my capoeira!”
“And are there any blows prohibited in capoeira?” we asked him.
“There actually should not exist prohibited blows in capoeira, because it’s an instinctive fight. But since we want to have a polite match, the following blows will be considered forbidden: eye pokes, blows to the sexual organs, biting, and pulling hair. Capoeira Angola is not to be practiced in the ring, but instead with pandeiro and berimbau, because all the movements obey the sounds of these instruments.”
“On the eighteenth there was the exhibition between Bahia and Américo Sciencia in Odeon Park, which ended with an undecided outcome. Why? Simply: capoeira Angola has its strikes determined or regulated by the berimbau and the pandeiro. But the true capoeira is that with which we defend ourselves and face the enemy! So then, if I’m attacked, in any place, will I wait for the berimbau in order to react? Neither the berimbau nor the pandeiro! I have to defend myself for real…”
“And your match, in Odeon Park, with Zéy?”
“I won fifteen points to two, and not as it was reported. The points are counted like this: cabeçada to aú (takedown) – 3; cabeçada to aú (hit) – 1; cabeçada takedown – 2; cabeçada hit – 1; meia lua and armada in the face – 1; meia lua and armada hit – 1; calcanheira – 1; tesoura takedown – 2; tesoura hit – 1; balão açoitado – 2; balão arqueado – 2; headlock – 6. I did a cabeçada to aú (hit), a cabeçada hit, a meia lua and armada in the face, two meia lua and armada hits, two tesoura hits, one balão açoitado and one headlock. Zéy did only one meia lua and armada hit and one tesoura hit.”
And Mestre Bimba, accompanied by his manager, left the office. Our readers now have a precious explanation of capoeira. At the same time, the Bahian champion has launched his challenge to all other fighters.

The Maximum Title of Bahian Capoeira (1936)

This article appeared in the newspaper Diário da Bahia on March 13, 1936. It was reprinted in Mestre Damião’s article “The True History of the Creation of Bimba’s Luta Regional Bahiana.” Translation into English by Shayna McHugh.

Bimba Refutes Samuel de Souza’s Allegations and Prepares to Fight for the Coveted Belt
The well-known Bahian capoeirista Manoel dos Reis Machado, commonly known as Bimba, was in our offices yesterday. He spoke about the current activity of that branch of martial arts which is a genuinely national style, since it differs much from capoeira d’Angola. The famous champion talked about a rumor regarding Mr. Samuel de Souza. About the published topics, Bimba said:
I didn’t embrace the title of champion as though it were my property. However, I think it belongs to me more than to my sporting companion, Maré, since I challenged all the capoeiristas of this state through the newspapers and only the worthy adversary Henrique Bahia (who I defeated in front of a large audience) entered the ring. Maré, as winner of the maximum title, should have shown up at that time, and not now, afterwards.
But the following remains to be clarified: Capoeira d’Angola can only serve for rhythmic demonstrations and not for a fight in which strength will characterize the violence, and agility will determine the Victory. To the sound of the berimbau and pandeiro, the strengths of two capoeiristas competing for a champion’s belt cannot be measured, and this can be seen in more advanced centers, where capoeira takes on a performance aspect. The police will regulate these capoeira demonstrations according to the manual of Annibal Burlamaqui (Zuma), published in 1928 in Rio de Janeiro.
If my future adversary intends to demonstrate his abilities to the sound of the berimbau and pandeiro, I am here, ready to show that my knowledge is not limited to just playing around. The ‘match’ of capoeira d’Angola between Henrique Bahia and Américo ‘Suissa’ is still in the public eye; the people and the press were unanimous in condemning that joke of a match. The Bahian title can really only be disputed in a different way, and this is why I return to challenge the proclaimed champion Maré.
Regarding Mr. Samuel de Souza, it is completely up to him to arrange a fight or a demonstration, so that the people who know us so well are not deceived.
Before leaving our offices, Bimba introduced to us one of his students, Manoel Rozendo de Sant’Anna, who took the opportunity to publicly launch a challenge to Mr. Samuel Souza for a fight according to the rules outlined by the Odeon Park management.